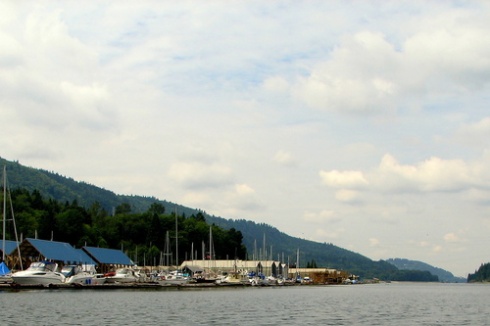 I am 9 years older than my brother and I have always felt like a second mom to him, I cared for him a lot when he was a baby and even as he grew up I think I worried more than my mom did at times. He has had his struggles and is now going through a divorce, which you all know is painful (for normal men), he and I have had a few tough years and now are both coming into the light. My nephew is turning 18 this month and is the most amazing young man you could ever want to meet. This kid was born an old soul. I have never met a child like him, I was the only one allowed to baby sit him when he was wee and Auntie Carrie took him as often as I could. i would cry when I had to let him go home. He was just such a sweet sweet little boy, never had temper tantrums, if I told him no he couldn’t have something his eyes would brim with tears and his tiny lip would quiver but he wouldn’t beg or even cry. As an almost adult he is mature beyond his years, with a subtle confidence that says he knows he is right where he needs to be. He is well rounded, not materialistic in the least, has excellent manners, took his girlfriend to a party with his grand parents and had fun! from my description you would think he is wishy washy or a good ie two shoes or something but he is just Hayden, he doesn’t care if he “fits in” , he is a handsome man, hard working with the purest of hearts and intentions. Like my brother said to me last night. “that kid is going the change the world, the world is already a better place for him being here. He is my Jesus.” What an awesome thing for a dad to say about his kid.

I missed most of my nephews childhood because he was about 4 when I met JC and I never had him come stay with me after that and I missed so many family functions and they never would have let me have him when I was with JC anyway. I remember the first birthday of his that I missed. My cell phone wasn’t working and JC wouldn’t let me use his so I went to the corner store and asked to use their phone. It was long distance and I pleaded with him, I had money, I explained that I had never missed my nephew’s birthday and I had to get through to him so he knew I hadn’t forgotten. I started to cry and someone handed me a tissue, that was when I realized I had half a dozen people circling me, one of the women was wiping tears from her eyes. Not one of them were upset I was holding up the line, in fact they started to say “Let her use the phone man” and when I finally was able to call they all waited to see if I got through to him. I ended up getting the answering machine and I heard the “aww” behind me. People started to pay for they gas and such and as they walked past they patted me on the back. That was the last birthday I was able to contact him and over the years I forgot when his birthday was, I am sure I just blocked it because it was just too painful to not be able to see him. He doesn’t even remember when he was little and coming to stay with me. So anyway to spend last night with my brother and nephew was wonderful!!

We laughed so hard my cheeks hurt, we had serious conversations that had tears trickling down my cheeks, the hours flew by. My brother made the best stew and we packed it out to his yacht and ate on the boat. He just got it and needs to finish up some work on the engine before he trusts it out in open water but we sat on the upper deck and talked, drank and watched the bright pink sunset and then a huge bright yellow full moon rise up from behind the mountains. The seals were talking, the coyotes were wailing, and the otters played under the dock, before we knew it, it was after 10. I drove because my brother had a few beers and i had two back seat drivers! I dropped them off at my brothers apartment and my brother and I talked another 1/2 hour out by the car, we had the most amazing hug and then another one and another and we said good bye and then thought of something else we wanted to say. Finally we made plans for him and I to go just the two of us, for a few days out on the boat when he has it ready. I plan to go help him with the boat soon, he just bought it and it needs some tlc and that is something I am pretty good at. 🙂

It took me an hour to get home and my puppies exploded with love when I walked through the door and then I sat down and soaked it all up and thanked God I am not with that man any more. If I would have been with JC I probably never would have made it there at all, my car would have been broken down, I wouldn’t have had gas or he would have started a fight just before I left or if I did go I would have come home to something that would have upset me. I would have paid for it in some way or another.

Everything, every exchange with every one I meet is richer and more meaningful, the sky is bluer, my heart is fuller, I cry now out of love and gratitude not because I hurt.

Please everyone, if you feel the urge to go back, know that you will always hurt as long as you have contact with him and there is so much more out there for you to experience. You have the power to change your life. How has this one worked for you so far?

7 thoughts on “I Had Such A Wonderful Evening!!”