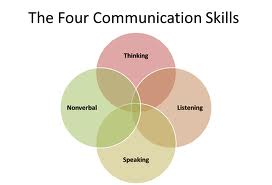 I have noticed something lately, maybe no one else has noticed, maybe I am just being ultra sensitive, but I have been watching how people communicate.

Recently on one of my pages where most everyone congregates the touchy subject of abortion came up and we all shared our views on the subject and I was so pleased that women were willing to share such personal and painful experiences in support of another person. As with any topic of that nature there was a difference of opinions and I waited to see how it all would unfold.

One of the women who had shared some very painful experiences later felt someone else had judged her for her choices and she expressed it in a very calm and rational manner. Later others commented and it was very apparent that the main focus of the group was to support each others right to choose and to respect each person’s views on the topic. I did not see one person attack another person and I believe it is resolved and any hurt feelings have been addressed.

Recently on one of my posts about Laila someone commented that no one should ever have aggressive dogs off leash and reprimanded me. I responded by saying I was slightly offended and explained that they were not off leash (had the person read my post they would have known that because I stated it) I recounted the events again and at the end I said I didn’t appreciate someone talking in a condescending manner to me.

The person replied back with an attack, ignoring everything I had explained twice and continued on with her same vein, refusing to acknowledge they had been mistaken in their judgement of me. I began a response and then stopped, I felt like I was back with JC again, explaining myself and him refusing to even hear what I was saying. I was judged and condemned without a trial and there was no point in arguing and I was angry with myself for taking the bait. I even looked up the IP number to see if it was JC, it gave me such a flashback.

What a difference in communicating styles. The person who attacks and points fingers and professes you to be an idiot and just plain wrong, and then the person who is willing to bare their soul in honest communication and are respected for it even though the other person may not agree. One person has hurt feelings and she expresses it in a calm non-accusatory manner. 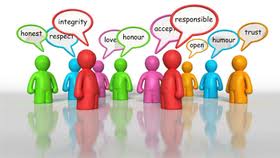 That is how the communication goes with an N, he accuses and condemns the victim and she tries to be calm and rational and explain her side and the N totally ignores any explanation and refuses to acknowledge they may be wrong and the whole situation escalates out of control.

I have found that since leaving JC I am a lot more open with my feelings and experiences, almost like I have nothing to lose by speaking out and no one will stifle me ever again. A person gets so used to hiding their feelings and being afraid to feel for fear they are ridiculed or worse hurt for expressing them. I think many of the victims feel the same way, almost like once you have been with the devil conversations with normal people is nothing. But I can now pick up on a narcissistic personality immediately, I get that pit in my stomach and I start to respond in a defensive manner.

The N made many changes to my personality but so far I see them as positives, I like that I am more open, being open relaxes people and makes them feel comfortable and able to be open themselves. Of course that is only with normal people and not narcissists.

I know one thing, I do not roll over and show my under belly any more, and if a person insists on attacking me I will choose to walk away.

With the narcissist we kept ASKING to be treated with respect instead of expecting respect and not accepting anything less than respect.