I was responding to some comments today and some people said they like the phrase I use “Dancing with the devil” I know other people use the phrase but I didn’t steal it, I actually came up with it all on my own.

I came up with the line when JC’s sister was telling me that during counselling she was taught that all relationships, not just romantic relationships but those with family and friends also; are like dancing.

My first husband loved to dance, dirty dancing long before the movie ever came out; and we did a lot of it, even after his motorcycle accident when he was in a wheelchair we jived. If we weren’t getting along and went dancing by the end of the night we were in love again. We were in tune with each other and I always fell in love with him all over again when we danced,

JC didn’t dance at least not with me, he did occasionally with another woman if we were out but probably he didn’t dance with me because I loved it so much, plus he was afraid of looking silly.

I grew up in a home with a lot of dancing. My folks took me to dances with them when I was as young as 12-13.  My dad was tall, 6’4″ and I was always tall, when they played an old time waltz he and I would be sweeping across the floor arms extended, our long legs striding in matching steps. I knew exactly when he was going to twirl me, and if we weren’t careful we would take out fellow dancers by hitting them in the head with our extended arms. My dad was very strict in the home and right or wrong we all knew the rules and what would happen if we stepped out of line. 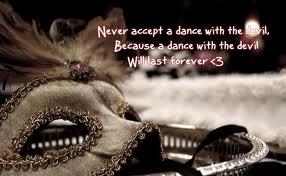 When we meet people the dance starts, especially with your significant other; we learn the steps to “our dance”. Once you have danced with your significant other enough times you get to know exactly what his next dance step will be and even if you aren’t that good at dancing you get in tune with each other and do the steps without even thinking; you have danced the dance so many times. If you have ever been out and watched an older couple dance you will know what I am talking about; he isn’t “leading” her, she knows what steps he is going to take before he does them, they move effortlessly. Some times they even look bored.

It’s the same with the dynamics of a relationship when you are with a person for any length of time. He says this, you say that, he does this, you do that. You can have fights and not say anything because you know exactly how it is going to end. I know I could predict when JC wouldn’t be home at night, he would promise something and I would try to believe him but deep down I would know how things were going to turn out. I was never wrong. And I am sure he knew exactly how I was going to respond and what I was going to do at any given time. There is a certain amount of comfort with knowing what your partner is going to do next even in abusive relationships. Couples go years doing the same dance………over and over, nothing changes.  All it takes for change to occur is for one of the two people to stop dancing or change the steps to the dance. All of a sudden the other person can’t follow, they don’t know what to do next and they are stepping on each others feet.

Same as with the dynamics of a relationship, if one of the people changes how he/she responds to the other one all of a sudden the other person doesn’t know how to react, what move to make next and they stumble.

The narcissist teaches you “the dance”, at first you don’t let him lead, you defend yourself and speak out when you know he is lying or wrong about something. But the pull you close so he can push you away becomes the dance, you break up so many times it becomes a way of life, it is “just the way you are”. You continue to do the dance because it is what you know, you can follow his lead you know if he walks out in a few days he will be back acting like nothing ever happened. You might play angry for a while and he plays contrite and humble, you forgive, he loves you for a day or two and then you go back to the way things were. The honeymoon gets shorter, the abuse longer but the dance is still the same. And THEN

the narcissist doesn’t just change the steps to the dance he totally stops doing the dance mid step.

10 years; he left me out on the dance floor, alone, with no one to lead.  Just when I thought I was getting the hang of the dance he didn’t even wait for the song to end, he just walked away and left me standing there wondering what the hell happened.

The devil part came from the times he looked at me with such loathing and hatred in his eyes and evil in his heart that his looks transformed and I swore he was possessed by the devil himself.

LOL story time is over everyone back to work!