I find it rather ironic that society blames the victim of her own abuse when it is society that creates the victim to begin with. 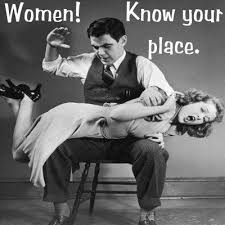 I am going to be guilty of generalizations in this post, I do know that what I am about to say is not 100% across the board the way all girls are raised, what I am saying is generally this is how are girls are raised. I also realize that men are victims of narcissists and female narcissists cause just as much pain and destruction as their male counterparts, BUT there are many more female victims than male. Recent studies show that in Canada a woman dies at the hands of her significant other every 6 days, the leading cause of death in women is domestic homicide, passing cancer and car accidents, every night 3300 women seek out the safety of a woman’s shelter and 200 women are turned away because there isn’t room.

They say that 4% of the world population are psychopaths, that is only the one’s diagnosed, probably because they did murder someone and are in jail. Psychopath’s do not seek out therapy or admit they have a problem because that would ruin their fun, they don’t want to stop hurting and manipulating people, that is how they feed their sick ego and most of them are highly intelligent and are able to avoid detection their whole life, going from victim to victim leaving a trail of destruction behind them.

What is enabling them to do this? How can such an plague on society continue and most people are totally ignorant it exists and the rest of the world ignores it or blames the victim? There MUST be something wrong with the way society functions, there must be something terribly flawed in the way people think for the leading cause of death in women is allowed to grow and feed off of itself unchecked.

We teach our children about washing their hands, how to handle chicken so you don’t poison yourself, wear a helmet when you ride a bike, don’t smoke, don’t drink and drive, don’t run with scissors in your hand, wear your life jacket, you get searched at airports for weapons, and yet we don’t teach our youth about narcissists, we don’t give our children the weapons they need to detect and defend themselves from this toxic scourge on society – knowledge and self respect.

Society really needs to look at why women in abusive relationship are confused about whether they are being abused or not. It is alarming to me that 90% of women in abusive relationships don’t know they are being abused!! that figure is a guesstimation on my part but if you look back on the comments of women who come in here you will find most women’s first comments are something like, “Thank God I am not crazy!”, “Finally, I know what was happening to me”, “I thought I was alone”. 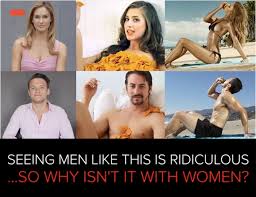 Could it be that we give our girls mixed messages their whole life, at home, at school, on tv, in video games, in movies, fashion, politics, sports? We give young people the mixed messages that a woman is the “fairer” sex, they are supposed to be “ladylike”, nurturing, giving, forgiving, martyrs, and yet tell them they can be anything they want to be, can do it on their own, succeed in a “man’s world” but deny them the tools to accomplish it. We criticize women for the exact traits we expect men to possess in order to succeed. As this video shows so well, mainstream media portray women as objects to be owned and abused, powerless, reliant on their beauty to get by.

We teach our boys teamwork through sports etc, if you watch guys in the bar they are slapping each other on the back, they help each other get the girl, most guys will not put the make on his buddy’s woman. If a guy approaches a woman in a bar and she tells him she is not interested he won’t back off, he won’t take no for an answer and will think he just has to wear her down, buy her another drink, compliment her a bit more, and he will eventually get the prize (get her into bed). But if the woman’s boyfriend walks up the guy will apologize all over himself for hitting on the guys woman. Most men have loyalty to their gender. It isn’t called the “Old Boy’s Club” for nothing.

On the other hand women will walk right over top of a girlfriend in her stiletto heels to get to the man. A man acts interested and the girl forgets she has friends with her, if a guy compliments her, tells her she is better than his girlfriend she will soak up the flattery, and feel superior to the other woman, even if secretly. Why? Because we teach our girls that they are in competition against each other for the prize (the man because they are nothing without a man) through beauty contests, advertisements, and TV shows.

Identical traits in women and men are described in totally opposite terms.

How can we expect women to stand up and say, “I demand respect” when we don’t show her women doing that?

Men demand respect,and make no apologies for doing so, it is expected of them

Women ASK for respect. Please don’t screw around on me, please be honest with me, please care about my feelings. Sorry I snooped and caught you cheating, I am sorry I got angry and raised my voice, If only I could say it the right way he would understand.

We should not be surprised women take a subservient role and don’t demand respect when we don’t teach them it is acceptable to demand respect and equality.

need to teach by example and if they have been abused they need to stand strong and united, break the silence and shame that surrounds the victim’s of abuse and shame the abusers. The strongest tool the narcissist has to destroy his victim is silence. Silence is the enabler, the lie he hides behind, the shaming of the victim, it gives society the right to look the other way.

Exposing the abuse forces society to acknowledge the problem and that is the first step to stopping it.

13 thoughts on “The Making Of A Victim”