I know what you are thinking, “That doesn’t even make sense, the narcissist makes the victim pay for the abuse he inflicted on the victim. That is just plain F%$#ed up!!”

Yep! it is!! and that my friends, is why he/she is called a narcissist. Because what they do is all F’ed up, it doesn’t make sense. It is just not normal, it makes no sense, and it is just plain wrong! Right, right and right again! But you know what? the narcissist really doesn’t give a shit what is fair or just or right or normal or acceptable because he is only going to lie about it anyway and deny any wrong doing and make it all your fault so what he does really doesn’t count.  Don’t even try to make him tell the truth or do the right thing because you doing that only feeds his ego MORE.

No matter what you do you are only going to make things worse. You can’t win for losing, just like when you were in the relationship.

So many victims lament, “why does he have to be so cruel? why does he keep hurting me?”

He did it when you were together, do you really expect him to be nice NOW? Now, he hates you for not living up to his unreasonable demands and not keeping him happy. But there is no way he/she will ever be happy, but they don’t realize that. because they are incapable of feeling true love, empathy, compassion, and all the emotions that go along with real love, they think that the infatuation they feel in the beginning is “love” and they think once they have you, you are supposed to survive on the thrill of being with them and live to make them happy. But they can’t be happy so it is an impossible task that you can’t help but fail at. He is only happy when you are miserable and then he bitches because you are always sad.

Well, I don’t have to tell you, you have lived with one.

Anyway, after you leave he hates you. You are garbage to him, useless, and you are crying and whining and wanting him to do something he is incapable of; care. He just does not care, you annoy him and what he wants is for you to take all the blame, walk away with nothing as if you never existed, leaving all the friends for him, the house the cars, and just be there licking your wounds if he ever needs a door mat to wipe his feet on or a roof over his head, or on a whim he is bored and wants to mess with your head. You are his possession to do with as he pleases, you are not to have a life, have joy, friends, or any kind of happiness in your life.

You know that look he would get, like he hated the fact you were breathing his air? that look that said he despised you; that is how he really feels. 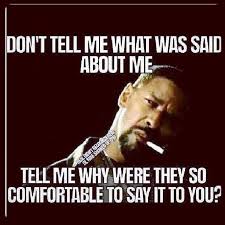 So he is going to set out to make you sound like a psycho bitch and try to turn everyone against you just in case you decide to tell them the truth, he beat you to it and it will sound like sour grapes. You don’t know it but he has been laying the track work for when he ended it, long ago. You were in it for the long haul, he went into it knowing it was going to end eventually. You were never more permanent in his life than the next beautiful woman who walked into his life and he was able to suck into his web.

In no particular order these are his most popular revenge moves

The best way for him to get you to shut up, go away and curl up in a corner sucking your thumb, is to turn your friends against you and if he can get them to do his dirty work for him all the better. 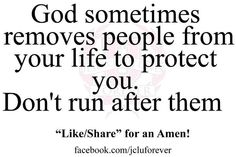 Your friends may not know they are doing his dirty work, he might be crying the blues to them that all he wants is for you to be happy. He has tried everything and nothing is ever good enough for you. He knows he is not perfect and he has made mistakes, if only you were a forgiving person and didn’t always bring up the past; then maybe the two of you could be happy. He is just so confused and has tried everything he can think of. He cries real tears, all these years he has invested, wasted! oh how will he live without you in his life????

And then a miracle happens and he meets his soul mate and everyone is so happy for him!! or they come to the victim and tell her how sorry he is and that she should forgive him and give him another chance. Or they try to make the victim see where they went wrong. They really believe they are doing the right thing, They are just trying to help and only confusing the victim more. The fact that they are friends with the narcissist at all is confusing for the victim. If they like him maybe she is wrong to think he is such a terrible person. If they go out and have fun with him and his new woman, if they like the new woman, maybe they are the ones at fault.

It is only natural. Think about it. What if you were raped by a man and your best friend started dating him? would you not be pissed? want to warn them? and what would you do if when you said, “how can you date him???? you know he raped me!!”

They said, “Well, yeah, but he’s never done anything to hurt me and he says he is really sorry, and I think deep down he’s a nice guy.”

Could you stay their friend? wouldn’t you feel they were being terribly disloyal and not a friend at all? 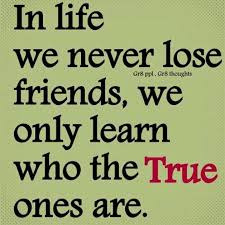 So you were raped at a soul level and if your friends can’t understand that and be loyal to you, then they are not your friends. Right now you need people who have your best interests at heart and who see the narcissist for what and who he is. If they are not sure of what he is then the victim has more reason to doubt themselves.

I know you need friends right now and it is unfair that he gets all the friends but a true friend can’t be stolen. We all have many people in our lives who are “friends” superficially but we have only one or two true friends who will be there through thick and thin and we can trust explicitly. Also, if they are coming to you and telling you what he is doing, you can bet they are going to him and telling him what you are doing and saying and you do NOT want him to have any information on you. He will only use it against you. Trust me!!